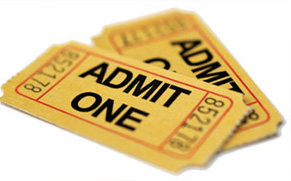 Just when it looked like theatre was on its way out, forced aside by the might of the film and television markets, we're now beginning to see the stage recapture some of that Golden Age magic. The explanation for this is twofold: first, Hollywood actors are now more eager than ever to add a turn on Broadway or the West End to their resume (it's not unusual to see an A-list name on the credits for some of the bigger plays); second, prices are generally becoming more affordable.

Although it's perfectly possible, if you happen to decide to pop into the theatre of a lazy weekend, to buy tickets on the day of the show, customers are generally encouraged to book in advance. That way, you can make sure you get your hands on a decent seat (remember, theatre is practised in the art of subtly, so it's usually a good idea to sit as close to the stage as you can).

Your first port of call for affordable tickets is officiallondontheatre.co.uk. There is a small booking fee to pay, but it's worth coughing up that little bit extra to help keep what is an excellent website up and running. As well as discounted tickets, they also offer plenty of useful tips on travelling, parking accomodation and so forth - which is particularly handy if you're new to the West End.

If you do decide to get your tickets in person, Leicester Square's Ticket Booth is an equally comprehensive service, and the discounts offered can total up to 40% if you go at the right time (don't expect great seats, but the savings are pretty substantial). The booth also has generous opening hours (10 to 7 on week days), so there's plenty of opportunity to pop in of an evening commute if you're tied up with work during the day. 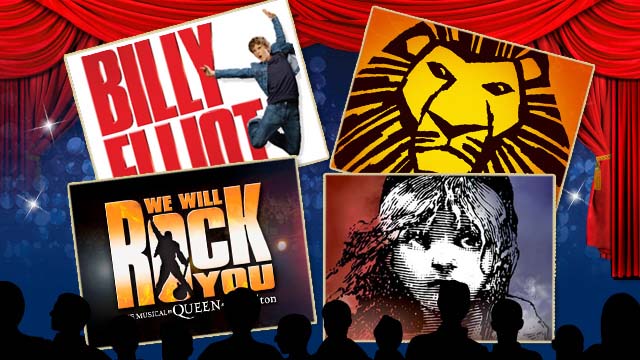 It's not often you get to see a bit of working class northern grit on the West End, but Billy Elliot has managed to confound audience expectations and deliver a genuinely charming stage experience.

It took a while for what is one of America's best loved plays to make its way across the Atlantic, but Jersey Boys - the tale of 1960s heart-throbs The Four Seasons - is now among the West End's most popular sets.

On paper, there's nothing much glamorous about a story set at a shoe factory - but throw in Cyndi Lauper and some sparkly dresses, and you've got yourself a West End musical for the ages.

The Woman in Black

Away from the slasher tradition of jump scares and special effects, the stage adaptation of The Woman in Black is a throwback to classic horror: misdirection, careful lighting, a knowing glance. Make sure you have a pillow handy.

Hugh Jackman and co helped expose the world to the magic of Les Mis back in 2012, but there's nothing quite like seeing Victor Hugo's classic tale play out live in person.

Featuring the musical talents of Tim Minchin, Matilda The Musical stays true to that classic Road Dahl tradition: as well as being a charming children's tale, it's also funny, dark, and everything in between.

The End of Longing

Magic and musical numbers are great, but sometimes it can be nice to see a play that's grounded in reality. Matthew Perry's debut set is a thought-provoking look at modern relationships (adults only!).

The Phantom of the Opera

Andrew Lloyd Webber has long been accorded god-like status in the theatre world, and The Phantom of the Opera - now in its 28th year - is arguably his crowning achievement.

Another long-running set, Wicked continues to sweep up the accolades, and it isn't leaving the West End any time soon, having perfected the marriage of safe family fun alongside some dark underlying themes.