Flying from London to Aberdeen 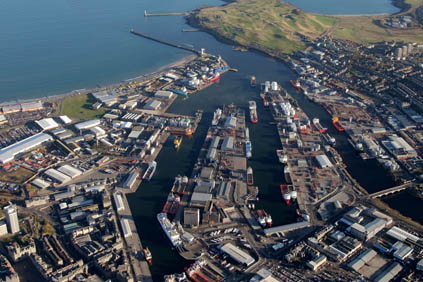 In the era of cheap overseas flights, Aberdeen isn't the most glamorous of destinations - but it is one of the UK's emerging business hubs, which means flights from the capital are becoming increasingly more common.

Catching the train from London to Aberdeen takes nearly 7 hours (and that's presuming there are no unexpected delays - which is a big "if" when it comes our country's rail service). On the whole, it's much quicker, easier and most importantly, cheaper, to fly there instead.

Flights from London to Aberdeen can almost be broken down into two categories. If you're a busy business executive for whom punctuality is an absolute must, we recommend sticking to British Airways (who operate a fast tracked service from London City as well as Heathrow). True, their service isn't flawless, but you'll probably at least get to Scotland in good time.

On the other hand, going up to Scotland is a very short flight at just an hour and a half each way. This means even the most snobbish passenger should be prepared to fly with easyJet. Yes, luggage restrictions are a pain but if you're staying within the UK you probably won't be taking too much with you anyway (do bear in mind there is a higher propensity for lateness though).

Aberdeen International - the only airport serving the immediate region - is around five miles north west of the city and is nicely perched on the doorstep of Dyce Railway Station. Provided you don't spend too much time de-boarding, you should be able to make it into the city centre around half an hour after touching down.

The airport's infrastructure is also well designed for brief over night business trips: there are plenty of cheap hotels just a few minutes walk away (Premier Inn and Holiday Inn Express usually have rooms available at short notice).

What to do when in Aberdeen

If you are on a business trip you may not have time to look around but there are definitely places in Aberdeen which are must-see/must-do:

- Walk on the beach in Aberdeen - it's a long coastal line and it's free to walk so definitely not a place to be missed when in Aberdeen.

- Maritime museum - another free attraction with great history behind it

- Footdee (fittie) - old style fishing village with many restaurants around

-Duthie Park Winter Gardens - great selection of plants, there is even a talking cactus!

Be careful not to make the mistake of thinking internal flights within the UK are automatically cheaper than going overseas. London to Aberdeen is a popular route for business types which helps to drive up ticket premiums (and there's little price elasticity compared to flights to the continent).

For a one-way ticket, expect to pay in the region of £60 - which is probably a little steep for the distance, but still a snip when the alternative is getting the train. Thankfully, dining and accommodation in Aberdeen is fairly reasonable compared the capital.