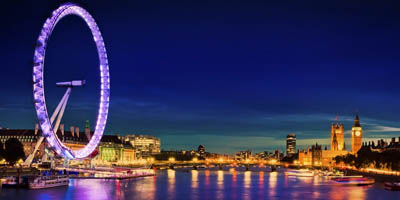 When someone says hostel, your first instinct is probably to run for cover. It's unfortunate, but over the years the word has tended to connote squalid conditions, uncomfortable beds and, ahem, dubious roommates. But thanks in no small part to the emergence of user-rated databases online, there's no reason you can't find yourself a cheap room for the night without compromising (too much) on your standards - yes, even in Britain's notoriously expensive capital.

Here are five London hostels that have received the backpacker seal of approval:

As the home of fancy boutique stores, Oxford Street is not exactly reknowned for its affordability, but a night at YHA London Central - just a five minute walk from Europe's busiest shopping street - will set you back a base fee of only £16.

What exactly does that buy you? Just a bed, essentially. The surroundings are fairly modest - a little storage space, a sink in the corner of the room - and a bunkmate or five (if you're not keen on sharing, you can get your own room for £59). Needless to say, meals are not included, though there is complimentary Wi-Fi.

Just remember: you're paying for the location.

As Shoreditch's premier hipster hangout proudly boasts on its website, it has recently been named one of the top 10 hostels in the world by The Sunday Times.

It's not exactly hard to see why. The Dictionary Hostel is noticeably more homely than many of its competitors - instead of plain walls and rough carpets, there's plenty of natural light along with some funky wooden flooring.

They charge £15 (slightly below the London average) for a standard bed in a mixed sex room, but there are also female only dorms available for those who want a little extra privacy without having to splash out on a private room. 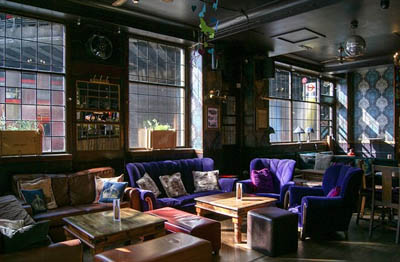 The generous folk behind Restup London have picked out a charming setting for their hostel: the vibrant New Kent Road is a notable hot spot for students of the nearby university as well as young backpackers from all over the world.

A bed in a shared room will cost you £16 - and with plenty of locational perks, you won't be short of places to see, things to do, and not forgetting interesting people to meet.

With hostels in Amsterdam, Berlin, Brussels, Munich and Salzburg, the Meininger Hotel chain have undoubted credentials for providing affordable acommodation for travellers.

Their London base - which, you won't be disappointed to find out, is positioned right on the doorstep of Hyde Park - has beds available for £17 a night. This is slightly more than many, but with a spacious lobby and a games room on site, the facilities are top notch. 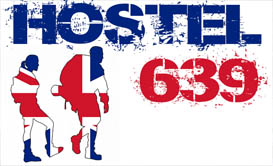 With a a bed for the night costing just £10, Hostel 369 has the the distinction of being the cheapest backpacker hangout on our list. Here's what makes it such great value:

First, it's located right at the heart of one of London's most characterful and vibrant settings; Portobello Road, you might recall, is home of the world famous Notting Hill Carnival.

On top of that, it's one of the few hostels which has 24-hour reception facilities, vigilant security and - lest we forget - plenty of communal rooms in which to hang out.

Rules when sleeping in a hostel

1. Try and be as quiet as possible when everyone else is sleeping - plan your packing accordingly if you need to leave early in the morning so that you avoid unnecessary fights.

2. Don't leave your stuff everywhere - you may get to know the people who are staying in the hostel at the same time as you are but still they are strangers. Alwayd store your belongings in the lockers provided to avoid having them stolen.

3. Take your shower quick - to avoid any misunderstandings take quick showers - it's just courteous thing to do for everyone else.

4. Make friends - hostels are known for the place where people meet and bond with each other so don't forget to socialise while you stay in London!