Why you should buy an iPod touch 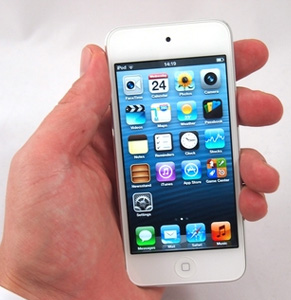 For those that first check out what an iPod touch has to offer, they may be forgiven for thinking that there is little to be gained from buying one, after all, they look so similar to the iPhone, aren’t cheap, and many people have an mp3 as part of their existing smart phone set up. However there are many reasons why you should consider an iPod as a valuable addition to your home electronics collection, and in this guide we’ll look at just a few of them.

If you have a smart phone, be it Windows, Android or Blackberry, you may wonder why you’d want an additionally gadget… but there is one rather big reason why, and that’s the Apple experience.

Apple products quite rightly have a great reputation for producing cutting technology that offers much for user experience. From their innovative tactile screens, to their ability to flip seamlessly from screen to screen, the Apple experience should be part of your technology gadgets, if only for your music, which leads us onto our next point… the amazing sound quality!

The sound quality of the Apple iPod range is the undisputed king of the personal audio world. Despite your smart phone having an mp3 system of its own, an iPod will inevitably offer a better sound quality that will do those favourite songs of yours justice.

In addition to its audio performance, an iPod also benefits from impressive hardware that sees optimum battery life. The standard iPod will last many times over the length that your phone will. This means that you’re free to accept calls and not worry about your battery running flat.

Released on 28th May 2019 the latest iPod Touch has proved itself a great little gadget. You can use it for almost anything and if you have it, you may not need an iPad. It is best used for music and gaming.

On the price line it is probably one of the most affordable Apple products that will let you experience the Apple iOS and market. Lowest prices start from £199 and can go up to £399 depending on the features.

Battery is good to run up to 40 hours and you want to watch videos - it can last 8 hours straight.

The sound is also impressive and good to listen to!

The only downside is the camera as with its 8 mp it photos look a bit outdated.

The biggest reason people plump for an Apple iPod is because of the Apple app store, not only does this offer some of the cheapest songs and albums around (in addition to the widest range of free songs) you also benefit from the App store… which adds lots of fun and useful apps that are only available from apple.

If you were previously wondering why you should get an iPod, you should be reassured by now and about to search out a great deal on of the best purchases you ever made. Whether it’s for the amazing audio quality, the cheap songs and albums, the impressive hardware, cutting edge user experience or the market leading Apple store, and iPod certainly has a lot to offer you. There are many reasons why iPods have seen steady sales throughout the years, even when more and more smart phones have flooded the market. So add to your home entertainment system today with this invaluable addition.