Buyer's Guide To iPhone 7 Plus 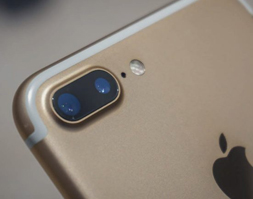 After months of build up, the iPhone 7 Plus has at last hit the shelves together with its streamlined cousin. In years past, users have complained that there is little incentive to pay the extra outlay for the Plus model when compared to the standard one, features being virtually identical on both phones. Have Apple finally addressed this in 2016?

Size: The iPhone 7 Plus is large enough to accommodate a 5.5 inch (vertical) screen, compared to the 4.7 supported by the standard model. The 7 Plus is, disappointingly, exactly the same size as the iPhone 6 Plus - but, with all fairness, if it got any bigger it would make it difficult to use it with only one hand. In better news, it's lighter and thinner than its predecessor (largely because the headphone jack has been removed).

Appearance: The main difference from previous models is that Apple have added "jet black" to their colour range, which makes a nice change from the usual white look. However, users have complained that this is easily scratched - so it's probably worth buying a cover as well. In any event, the standard iPhone 7 is available in black as well.

Display: As above, the iPhone 7 Plus has a 5.5 inch screen, and it's not just the size that is an upgrade on the standard model; it's also 1080p compared to the iPhone 7's 750p. In practice, this makes video streaming and playing games a smoother experience for users (provided you can get your hand around what is a pretty large frame in the first place).

Camera: The 12 megapixel rear camera on the Plus model is exactly the same as the standard iPhone 7 (as well as the iPhone 6, in case you were wondering). There has, however, been an improvement made to the front camera, which has been improved from 5 to 7 MP. This is good news for fans of selfies, but Apple haven't been able to match the super camera rolled out on Samsung's Galaxy range.

Battery: You don't need to be a tech expert to figure out that the Plus model tends to pack a bigger punch than the standard one. This time the battery has been upgraded a tad more compared to previous models because - by removing the headphone jack - there's space for a bigger battery. This applies to both phones though, and the difference between the two is usually only a couple of hours.

Price: The 7 Plus is about £120 more than the standard model. A 32GB phone will set you back about £720, and for 64GB or 128GB you can expect to pay a huge £820 and £920 respectively. Compared to other newly released smartphones, this is pretty steep - and with Apple releasing a new one every year there's no guarantee it will stand the test of time.

Verdict: In truth, Apple aren't really trying to market their Plus model as a vast upgrade on the standard one. The fact is there is very little to set them apart aside from a crisper display and a more powerful battery. If you use your smartphone as a small tablet, it might be worth the investment - otherwise stick to the iPhone 7.