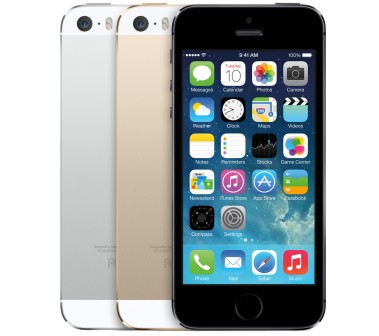 Two new Apple iPhone models go on sale mid-September and people are already starting to camp outside Apple’s stores and mobile networks are already accepting pre-orders ahead of its release to the general public. The announcement of the 2 new iPhones was expectedly met with huge excitement online. What’s all the fuss about?

iPhone 5s is currently the Apple’s flagship mobile phone. Apple have often been accused of simply releasing an upgraded version of the old model. And indeed iPhone 5s will delight you with an upgraded camera, much better than that of iPhone 5. But with the iPhone 5s Apple are showing that they can innovate. They have added the fingerprint scanner, allowing the user to unlock their phone by simply pressing their on the home button. The user can also authorize purchases on the Apple’s App Store using the fingerprint scanner.

Along with that iPhone 5s comes with a much, much more powerful and resourceful 64-bit processor, which in theory is as fast as your laptop or your desktop computer.

iPhone 5s will come ready with the new operating system, iOS 7, which is expectedly an improved version of iOS 6 but will come with some fancy new features such as the new iWork suite, which is Apple's version of Microsoft Office.

It comes in 3 colours - silver, gold and "space grey" which is a huge change as Apple have long insisted on offering the iPhone in just black and white.

How Do I Choose The Best Contract For Me?

1. Pick shorter because it’s cheaper. Mobile networks usually come up with 12-month and 24-month contract offers. Although 24-month contracts are usually lower priced per month, 12-month ones work out cheaper overall. 12-month iPhone 5s contracts will require a higher upfront cost but will give you the freedom to move to a SIM only or PAYG deal sooner.

2. Pick the right tariff. Analyze your mobile phone usage and work out what you need. Do you need more inclusive minutes? Do you text a lot? How much mobile data you spent over the last 30 days? Once you know these, simply match your usage to the tariff's free allocation.

3. Do You Really Need The Latest iPhone? With the release of the two new iPhones, the prices for iPhone 4 and iPhone 4s will go down without a doubt. Same goes for iPhone 5, which will be discontinued by Apple, but for a limited time may still be available.

Can I use the iPhone 5's 4G capability?

Yes, iPhone 5s will work across all providers' 4G networks.

What Size Sim Card Do I Need For My New iPhone 5s?

iPhone 5 was the first mobile phone to use a SIM card even smaller than the micro sim card used in iPhone 4 and 4s – the nano SIM card. The same is also used in iPhone 5s.