Is the iMac the world’s best P.C.? 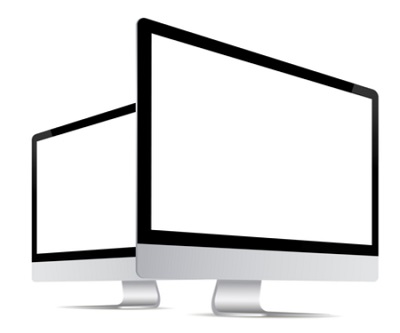 When the iMac first launched in 1998 it caused major discussion. The colourful P.C.s with their see through plastic and all in one concept was something that had never been seen before; of course, this was to set a precedent for Apple and over the years they have never disappointed.

Amongst their product ranges the iMac has always been the most debated. It seems that there are many that are fierce advocates of the machine, whist others will do nothing but denounce it. Despite this however the iMac is often referred to as the world’s best P.C.; it is undoubtedly the most stylish, but what are the facts in relation to its specifications? Well, in short they’re pretty impressive to say the least. In this review we look under the hood of the iMac, and find out how Apple make their users experience an amazing one.

A beautiful base to build from

The latest iMac builds upon its predecessors, and what a base it has to build from. It already has the now world famous soft touch keyboard that is built upon solid ergonomics, a mouse that is as smooth as it is robust, and a retina ready display screen that means it is a must have for designers around the world.

The current offerings are the 21.5 and the 27 inch screen and are now a tiny 5mm screen covering. Its industry admired Coffee Lake processors have come into their own, with processing speeds that have never been seen before. Couple this with their Radeon Veg Pro and the user experience is as efficient as it is beautiful.

Sound that is stylishly done

Many people that are looking into the iMacs for the first time may be a little confused as to whether they have speakers. This is no surprising. The iMac is a master computer, and the high quality speakers are hidden away. This makes the sound it’s capable of producing even more impressive.

Unsurprisingly the main reason people don’t buy an IMac and instead plump for cheaper home P.C.s is its price point. It has never been known for its affordability and is often out of the reach of most households.However Apple released the new 8th and 9th generation in 2019 and we expect there will be some redesign this year but we don't expect to see a brand new iMac around. After all said about its features we have to admit that the imac is pretty costly, as 21.5 inch model can be found for £1,350 and the 27 inch model is £1,650.

The iMac is most definitely the most beautiful P.C. in the world, however due to their price point they have been seen as unattainable to the many. However with the launch of their affordable Mac, and the previous launch of their new thinnest ever Mac, it could be that the few none believers out there could turn to become fully fledge Apple Mac fans.