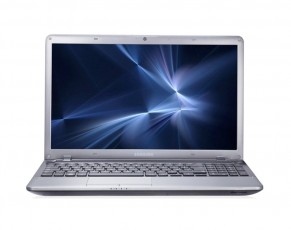 A few years ago when mobile broadband first entered the market, it seemed that everyone was giving a laptop away. Signup to this broadband and get a laptop free, signup to this mobile contract and get a xBox FREE... whatever happened to all those crazy offers now that I am actually in a position to get broadband in my new flat.

You don't often see these crazy deals about anymore as the initial land grab over the first UK broadband users ended some time ago. It briefly made a return when mobile broadband technology made its first appearance but these offers too have all but dried up. Only a few deals remain these days whereby customers can get themselves a brand new laptop with a 12 or 24 month broadband contract, but are they any good?

The only two companies willing to play the laptop game these days is Three Mobile and Vodafone each offering an array of broadband and free laptop options ranging from just £25 per month up to £45.

The whole point of a free laptop is because it is free with something you actually want and willing to pay up to £45 per month for the pleasure to have. Mobile broadband has come a long way over the years and no longer do we have to put up with slow 512kb speeds any longer as today's 3G technology allows downloads up to 21mbs. Yes 21mbs but of course there is a catch. Not only is the broadband speed dependent on reception, it can also fluctuate during busy times. The other catch is there are often download limits which could lead to expensive 'overtime' surf time. Some of the cheaper deals only offers 1gb worth of downloads which makes it useless for pretty much anything other than a random email check when you are out and about. The standard seems to be 15 GB per month but even this can run down quickly if you decide to use this as your main broadband.

I once used an older style Vodafone mobile broadband as my main broadband for nearly a year at my old flat and I must say, apart from the odd moment, I was largely happy with its performance. I regularly had download speeds up to 160kbs (which was fast for the time) however my delight with it was much to do with the unlimited monthly data allowance which seems to have disappeared from the market.

If you intend to use the mobile broadband for what it was designed to do, namely broadband on the go and not a home broadband replacement, you should be happy with the broadband these offers provide. If however you are looking for a home replacement I would suggest looking elsewhere as the download caps will not be enough for the average household.

The last thing to consider when purchasing one of these deals is the contract duration. Everyone on the market is for two years or 24 months. Allow this has become the standard for the mobile industry; it is still an incredibly long time, and near impossible to get out of once signed and received.

Ok so you are happy to use the broadband for mobile purposes only and happy to pay up to £45 over two years for the privilege of broadband on the go, so let's talk FREEBIES.

It is incredible how much bang for your buck you can get when buying a laptop these days, and it feel like even more when you get it for free. The average price of the laptops on offer range from £250 to over £500 if you bought them separately and as you would expect, the higher the price of the contract, the better the laptop will be. Even cheap laptops perform pretty good these days for everything other than hardcore gaming so do not be put off by a cheaper laptop if your only usage is going to be email and a bit of web surfing.

These days it is close to impossible to find good broadband deals with free laptops. However, there are plenty of very tempting free tablets deals. For some of the most expensive options such as a 'free iPad Retina' there will most likely be an upfront cost, in this instance ~£150 before the contract even begins. This allows people to get their hands on an iPad with relatively small upfront investment which could sway a decision.

I was so very tempted by the iPad offer as I always wanted to own one. I was not looking to spend a considerable amount of money when I started this quest, I was simply trying to save some so it would be silly coming away from this out of pocket. As much as I prefer Vodafone over Three Mobile, their offer is just too compelling to saw no with a great laptop mixed with a decent broadband package. I know I will be kicking myself down the line as Three don't have the best internet coverage, especially in contrast to Vodafone whose network is vastly superior. Sadly Vodafone's broadband pack just doesn't live up to Three's, in terms of both speed and download caps.