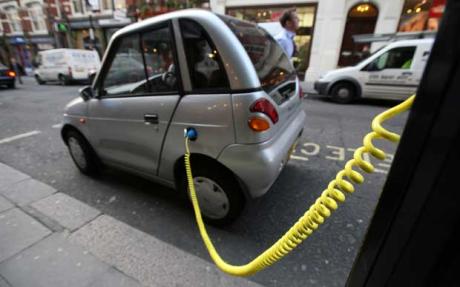 When I first bought my car about 4 years ago, the most I ever spent filling up my car was about £46, but today my petrol run cost me over £65 for the first time ever. I fill up perhaps once every 5 days so I am spending about £390 on petrol per month. If I also take into account other car expenses such as insurance, tax, MOT, petrol and congestion charges around town that is a hefty percentage out of my monthly pay cheque just keeping my car running.

Taking the train to work is unfortunately impossible for me so there is no way I can simply sell my car without turning my life upside down. With all the advancements in electric powered cars over the years, I am tempted to sell my old car and look for something more economical, especially as petrol prices show no sign of slowing down. None of my family or friends own an electric/hybrid car so trading in the my petrol model for an electrical one would be fool hardy without the proper research. How much would I really be saving with an electrical car or would I simply be giving my money to the power company instead of my local petrol garage? Would the savings in fuel and environment cost be over shadowed by the quality of the ride or problems encountered on long distance journeys? Electric cars sound good on paper but what are they really like to live with?

Over the next few weeks I hope to look into all areas of owning an electrical car before deciding whether trading in.

As with most things the government wants to encourage, the purchasing of electrical and hybrid cars have been subsidised as of January 2011. Transport Secretary Philip Hammond has put aside £43million to subsidise UK drivers to encourage us to buy electrical cars by paying up to 25% of the initial cost of the vehicle up to £5,000. This means, anyone buying an electrical vehicle can claim 25% (up to £5,000) of the cost of the car from the government as a thank you for buying an electrical car.

From the little I know about electrical cars at this point in my research, I know that they tend to cost a lot more to a comparable petrol model which for me anyway would be a major turn off when purchasing an electric car. What's to say I will ever make my money back on fuel savings if the initial cost of the car is £10k more than a normal one. This incentive is very welcome for me as the initial cost of the car is going to be one of the biggest stumbling blocks in purchasing an electrical car and thanks to this scheme I can wipe off up to 25% off the initial price. It£s almost like the government is acting like a pro salesman ally who thanks to his powers of persuasion knocks off 25% with a simple wink. It£s about time the government extended a helping hand to me after all those tax£s they collect off me.

The price of a litre of petrol at time of writing is £1.33 per litre. I remember the day when the price of petrol went over the £1.00 mark for the first time and I have only been driving for 8 years. In January 2007, the price of a litre of petrol would set you back about 85p. Move forward four years and that same amount of petrol now costs over 64% more. In that time car insurance premiums have risen, car tax has increased, congestion charges introduced... can you imagine what the cost of running a car will be over the next decade.

The price of fuel is the main contributing factor as to why I am even interested in buying an electrical car. I get around 407miles out of my £66.50 fill up so the price per mile is about 16.3p. Admittedly my car does not have the best miles per gallon ratio (I get around 37mpg) but it£s certainly not terrible so I am happy to use this as my bench mark but just out of interest, a 50mpg petrol car will cost 12p per mile while a 25mpg car will cost 24p.

After some research, I have learned that the price per mile for pure electrical cars is as little as 1.5p per mile with the average being around 2p. With the average UK driver clocking up 10,000 miles per year, the saving of using an electrical car over a petrol car would be £1,400 per year or £116 per month... That is no small saving, in fact, over the lifetime of the car, surely that kind of annual saving would effectively pay for the car in itself.

Ok so the government scheme has taking the sting out of the initial cost of buying an electrical vehicle whilst the fuel savings clearly show the extent of the savings you can expect to make. Let£s look at what other savings I can look forward to if I decide to go ahead with all of this...

One of the main costs associated with my current car is the insurance premiums. Now I have never claimed on my insurance ever and as I get older you would expect my premiums to go down. For the third year running I have paid more for my insurance than the previous year, and that£s with an extra years worth of no claims bonus. Electric cars are not always catered for on the main price comparison websites but due to popular and mass produced models such the Nissan Leaf or Mitsubishi i-HiEV, electric car insurance options are slowly being implemented.

The problem most car insurance companies face is the fact that electronic cars have not been around for very long so they have limited data in which to quote you a premium. Due to this gap in the market companies such as Pluginsure have setup in order to cater for this new insurance market.

The biggest thing to remember while insuring your electronic vehicle is what governs most claims for normal petrol/diesel cars will also be true for electric ones. For instance, it doesn£t matter that your car is electric if someone hits your car from behind. In essence, the damage is the same as owning a petrol car and so are the repair costs. The main thing insurance companies need to take into account is the type of driver that drives an electric vehicle and how prone they are to making claims. For me, electric vehicle owners are not exactly boy racers (since the cars don£t go very fast) so you would expect the typical electric vehicle owner to be quite sensible behind the wheel, hence not making many claims.

Aside from the obvious fuel costs and government schemes to help us get into electric cars, there are several other cost savings we can enjoy once we make the switch.

Road Tax currently costs me £180 per year for my petrol car while an electric vehicle will not cost a penny. Paying road tax is a bit of a chore for me so receiving free road tax is incredible in my eyes. I like many live in London and every now and then I cant help by trounce on the old Congestion Charge zone. I cant stand having to pay £10 to use inner London roads if I am not even interested in visiting the centre of town. Sometimes the quickest route home is through the centre and by using an electric vehicle; this £10 charge is void.