Tulips, Culture and Canals- Could you enjoy Amsterdam short breaks? 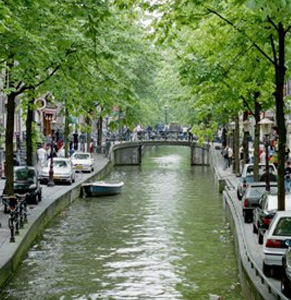 When it’s all getting a bit too much, when the next big holiday seems a long way off and the working weeks seem to drag on interminably, what you need is a short break. A few days away can recharge the batteries like nothing else can and where better to get that much-needed boost than the beautiful, vibrant city of Amsterdam. Read our guide and hurry up to book your unforgettable short city break.

Not Just About the Tulips!

Amsterdam boasts the largest flower garden in the world at Keukenhof where you can marvel at the spectacular display of flowers between March and May each year but for those less florally inclined Amsterdam has a lot more to offer besides.

For The Culture Vultures

Amsterdam is awash with museums to visit, the most famous of which is the Van Gogh Museum that celebrates the life and work of the city’s most famous son. There is also the 200 year old Rijksmuseum which contains many masterpieces of sculpture and art. Or visit the newly renovated Stedelijk Museum to see a more eclectic collection of classical art and modern pieces or catch a music concert or performance there.

Relax on a leisurely canal cruise on one of the city’s 200 vessels, many of which are now powered by electricity, so no unwanted noise interference for those wishing to take a video recording of their journey. 2015 marks the introduction of a scheduled champagne cruise on the oldest canals in the city which run through the famous Red Light district. By evening the cruise experience takes on a romantic feel with dinner and cocktails. If all you want is to sit with a coffee and watch the world go by Amsterdam has coffee shops in abundance, which are still allowed to sell small amounts of cannabis.

Amsterdam is of course where people go for its fabulous nightlife. Apart from the multitude of theatres, restaurants and cinemas there are numerous live music concerts to be enjoyed in the concert halls, jazz clubs and in the city’s parks throughout the summer. The Dam Square is a huge attraction for day and night. Just five minutes’ walk from the Centraal Station this jostling square boasts attractions such as the Amsterdam Diamond Centre, the Royal Palace and Madame Tussauds, among others.

Amsterdam is probably the most bicycle-friendly place on earth so why not rent a bike and join a bicycle sightseeing tour if you’re looking for something active to do on Amsterdam short breaks? Take advantage of the efficient tram system to get around. You can buy a ticket on board or frequent tram travellers can buy an OV –chipkaart, which costs €7.50,or an I Amsterdam City Card which covers public transport and some major attraction discounts; purchase online or on arrival. Or use the hop on/hop off canal bus to get around.

How to Get There

With around an hour’s flying time simply book a flight and go. Lastminute.com is worth a look; their prices start at £99 with flights provided by easyJet. Travel Republic’s cheapest online deal will cost you around £120 per person for a hotel close to Schipol Airport and includes flights from London. Five star luxury Amsterdam short breaks will cost a little more starting at £256 per person. Eurostar travels direct from London St Pancras to Amsterdam with prices starting from £94.50 while StenaLine offer their rail and sail service from £49 per single.

It’s so easy and inexpensive to get there whichever way you go so get going and you could be shopping within a couple of hours!